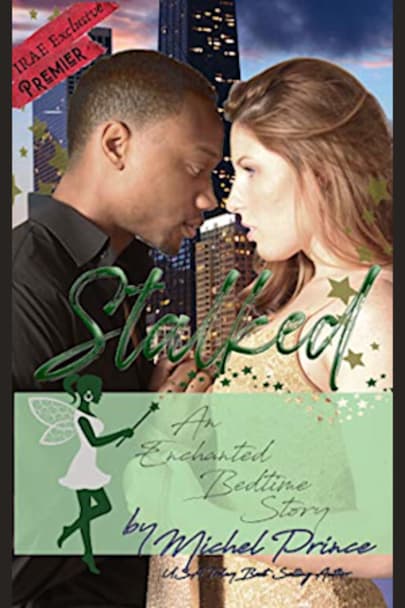 Life can turn on the flip of a coin.Once upon a time, in a shiny, gilded palace high in the sky, Madison Harper used the magic of song to soothe a temperamental giant, Drake Titan. While Drake owns most of the world, his need for more meant he could never capture the fair Madison’s heart.For Jackson Tiller a stranger’s offer of a lucky coin in trade for Jackson’s mother’s old car seems like the … car seems like the answer to his every prayer. The exchange sends him off to a job he doesn’t want, but is exactly what he needs. A mailroom clerk at The Palace, he has the freedom to roam within the building, including the top-floor penthouse where a woman’s voice draws him in.

Could a second flip of the coin win him her heart?

Madison may be the unofficial queen of the palace, but after meeting Jackson, she realizes there is more to life than the security of money. Will Jackson be able to overcome the Giant and take all he possesses for his own? Or will the giant discover the most precious commodity is love, leaving Jackson to his own demise as Drake finally captures the woman Jackson could only covet from afar.

Stalked – A Jack and The Beanstalk retelling, one of many Enchanted Bedtime Stories.

Stalked opens with the hero, Jackson, wanting more out of life. The imagery of scattering bugs scurrying off of pizza slices when the light come on played nicely against the juxtaposition of Madison Harper’s existence in a penthouse across town. A pure bred dog named Queenie, pimped out to produce million dollar puppies are considered the goose laying the golden eggs. Ms. Prince offers layers to the word play in this story and how these lives will interconnect.

The beans have been replaced with golden coins and Jackson is ready to slay the giant and take it all for himself.
A good read. Well written. The cover does the story a disservice.

Stalked – A Jack and The Beanstalk retelling, the first book in the Enchanted Bedtime Stories. A short well written story that had me smiling as I read. This is a new Author to me and I want to read more by her. I received a free copy of this book via Booksprout and am voluntarily leaving a review.

I received a free copy of this book via Booksprout and am voluntarily leaving a review.
Jack is a dreamer living with his mom trying to make ends meet. Madison is a songbird picked up by Drake Titan one night after singing in a dive bar. She lives a life of luxury as a companion for Drake, but she longs for more.
This is a different take on the fairy tale Jack and the Beanstalk. What if Jack’s every wish is granted by a single turn of a coin? What if the giant is more than he seems or maybe just another side of Jack? What if the dreams turn into nightmares? What would you give up for love, truthfully?
The characters in this tale start of one dimensional but gain substance as the story grows. While I’m looking for the happy ending the question comes at what cost? A tale about choices, dreams, and the results.

Madison Harper lives in a penthouse and uses her gift of song to soothe Drake titan, whom was never satisfied with anything..jackson is a struggling mailroomclerk whom wants to better himself .this was jack and the beanstalk at it finest. This was a great story and I highly recommend it

This was my first read by the author and I must say, it will not be my last. Michel Prince did an excellent job of giving us a different/new take on an old fairy tale and she did an excellent job. This read has an awesome plot, great character interaction, unique flow and everything else falls in place. I recommend adding Stalked to your library, you will really enjoy it.

So this was fairytale that we all knew as children witha romatic twist. I loved how the twist revived the story anew. Well written and very enjoyable.