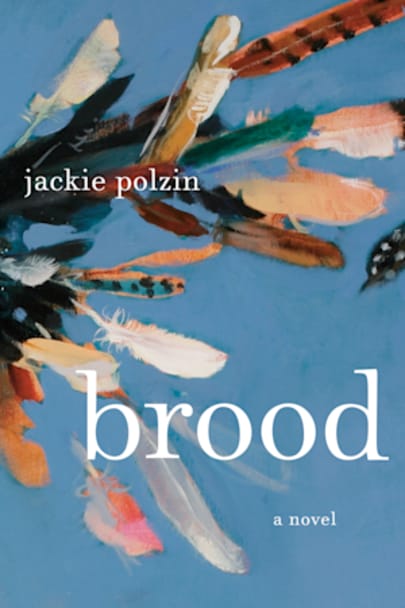 Longlisted for the Center for Fiction’s 2021 First Novel Prize • An exquisite new literary voice—wryly funny, nakedly honest, beautifully observational, in the vein of Jenny Offill and Elizabeth Strout—depicts one woman’s attempt to keep her four chickens alive while reflecting on a recent loss. “Full of nuance and humor and strangeness…[Polzin] writes beautifully about everything.” —The New York … everything.” —The New York Times

Over the course of a single year, our nameless narrator heroically tries to keep her small brood of four chickens alive despite the seemingly endless challenges that caring for another creature entails. From the forty-below nights of a brutal Minnesota winter to a sweltering summer which brings a surprise tornado, she battles predators, bad luck, and the uncertainty of a future that may not look anything like the one she always imagined.

Intimate and startlingly original, this slender novel is filled with wisdom, sorrow and joy. As the year unfolds, we come to know the small band of loved ones who comprise the narrator’s circumscribed life at this moment. Her mother, a flinty former home-ec teacher who may have to take over the chickens; her best friend, a real estate agent with a burgeoning family of her own; and her husband whose own coping mechanisms for dealing with the miscarriage that haunts his wife are more than a little unfathomable to her.

A stunning and brilliantly insightful meditation on life and longing that will stand beside such modern classics as H is for Hawk and Gilead, Brood rewards its readers with the richness of reflection and unrelenting hope.

How to Save a Life

If you like your symbolism laid on thick, you will find plenty to enjoy in Jackie Polzin’s latest, Brood. Playing on the multiple definitions of the word used as its title, Brood is part chicken care manual, memorial to the loss of fertility, and confessional about a woman’s state of constant worry and insecurity. Polzin’s novel, with its nameless narrator, is described as a work of fiction but it seems far more personal and autobiographical. In the first person, the book delves deeply into highly emotional territory. The men in the book are dismissed as extraneous, clueless and immature. They are indulged and tolerated in all their awkward efforts to be relevant. The women are the deeper souls who truly understand what needs to be done and the importance of connection. The author contrasts the hardiness and frailty of life, both bird and human. The narrator is depicted as caught in a constant state of uncertainty and concern about those in her care. Fate plays an outsized role in her life: as a relentless force that can disrupt ambitions and intentions with its malicious interference. She envies the hens that seem to have no memories or desires beyond immediate gratification. This one-way bonding leaves her unsatisfied, however, and burdened with responsibility. Polzin often dips a bit into sentimentalism and it can be frustrating to witness a narrator so lacking in agency and self-efficacy. Brood is a short read that will resonate with people who have experienced similar losses and disappointments. It is also serves as a decent guide for beginners caring for their own small flocks in a northern climate.

Thanks to the author, Doubleday and NetGalley for a pre-published copy of this book in exchange for an unbiased review.

What an unusual book this is, quietly narrated, full of detail of an ordinary life’s decisions. The nameless narrator talks about her four chickens and the daily tasks of keeping them alive. She talks about her husband’s pending job offer and the decision to sell their home and relocate closer to his work. In the background is the memory of a lost baby.

In action, the chickens take the most space in her story, their behavior and health, and eventual deaths.

So, on the surface this is a boring book about dumb birds, those pea-brained creatures descended from the dinosaurs.

Wait! One does have to look under the skim of surface to the deep water below.

Our protagonist nurtures her wards as best she can, but in ignorance learns from her mistakes.

Like giving the chickens a feed mix that is fifty-percent “Twinkies,” junk food, which may have contributed to Gam Gam’s death. “I ‘d made a practice based on bad information,” she thinks. Was there anything that could keep her from making the same mistake again? she wonders. In despair, she admits, “I never feel smaller than when I am filled with doubt, such a small, small feeling, it’s a marvel it can fill anything at all.”

Oh, boy, which of us has not been there? In blissful optimism, stumbling into behavior and decisions that in hindsight are appalling. I shudder when I consider some of the things I did with my first born. The day I allowed our beloved, exuberantly happy dachshund to run free, then helplessly ran after him as he ran into the street in front of a car.

The grief of losing a baby, the awareness that we can not protect anyone. Our narrator rises in the night, takes a flashlight to the chicken coup.

“If only I could promise her safety,” the narrator says watching her chicken fighting sleep, eyes popping open again and again. But who is safe in this world? Which of us can protect all our loved ones from harm? We can chase away the waiting hawk, but what of the one flying overhead, beyond our view? We can’t save our loved ones from nature’s furious weather, the unexpected accident, the traumas of life.

Regret is the cost of living, she and her husband Percy agree. One hopes for a decision that does not end in disappointment. But all we have is the journey.

I received a free ebook from the publisher through NetGalley in exchange for a fair and unbiased review.