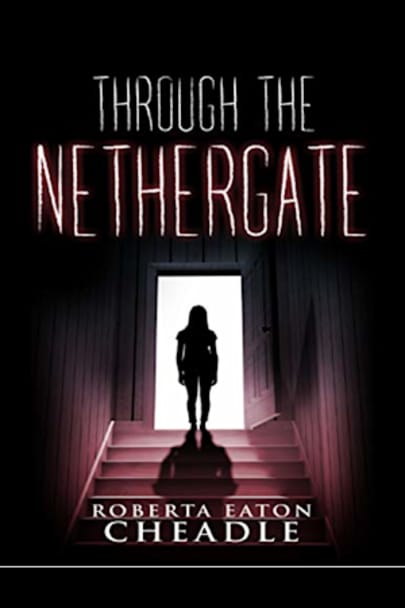 Margaret, a girl born with second sight, has the unique ability to bring ghosts trapped between Heaven and Hell back to life. When her parents die suddenly, she goes to live with her beloved grandfather, but the cellar of her grandfather’s ancient inn is haunted by an evil spirit of its own.In the town of Bungay, a black dog wanders the streets, enslaving the ghosts of those who have died … unnatural deaths. When Margaret arrives, these phantoms congregate at the inn, hoping she can free them from the clutches of Hugh Bigod, the 12th century ghost who has drawn them away from Heaven’s White Light in his canine guise.
With the help of her grandfather and the spirits she has befriended, Margaret sets out to defeat Hugh Bigod, only to discover he wants to use her for his own ends – to take over Hell itself.

After the death of her parents, Margaret moves to Bungay, England to live with her grandfather. Once there, she realizes she can see the spirits of the dead. Even more terrifying, Margaret sees the spirits of how they looked at the moment of their death. If that’s not creepy enough, hang on… this story takes a dark turn. Soon, Margaret realizes she must figure out how to free these lost souls from the ultimate evil.

Some of the ghosts are evil and some are good, while others seem to be stuck between the worlds in a sort of limbo. Margaret’s gift of sight acts as a catalyst for some and the ghosts begin to incarnate and interact with our world. All of this activity alerts the big guy below and he fantasizes about Margaret’s abilities and what her power could do for him.

Cheadle builds her story off of the legend of Black Shuck, the Devil Dog of Bungay who in 1577 terrorized the parishioners of the local church by killing two people kneeling in prayer after bursting through the church doors amid a flash of lightning. In the book, the dog resurfaces as the evil Hugh Bigod, the vilest of spirits who commands the other spirits who chose not to go into the light when they died.

What makes this story stand out from other YA horror novels is how the author weaves the historical accounts of real-life murderers into her plot. Some of these accounts, while interesting, bogged down some of the pacing in the novel. Yet, it didn’t stop me from reading into the wee hours to find out what happened next.

Additionally, I found the story to be heavily influenced by the Christian concepts of heaven, hell, and the devil. These aspects didn’t affect my personal view, except that I don’t think a belief in spirits belongs to any specific religion.

I found the political elements in the story to be the most compelling. There are some valid points made between the rise of fascism/nationalism and the spread of evil in our current world cultures skillfully woven into the story. The author intertwined many other current events into the storyline including “fake news,” mass shootings, and the war in Syria, all as part of the machinations of Lucifer.

This book had plenty of terrifying moments to hold a reader’s attention. I thought the story concept was solid and the author’s approach to history enriched the storytelling. If you love YA fiction, you’ll enjoy this book.

Disclaimer: I received a copy of this book as a gift from the author.

Gifted with second sight, young Margaret learns she has the ability to see ghosts. Following the deaths of her parents, she goes to live with her grandfather at an inn, which has a creepy past. As she discovers the ghosts of those who have died horrible deaths, Margaret must free them from the wrath of evil Hugh Bigod.

Having read a few of Ms Cheadle’s books before, including a couple of her horror stories (in Dark Visions), I was keen to see how she would handle this spooky story aimed at young adults. Being a tale of good and evil, you’d expect all sorts of devilish things to occur, and indeed they do. The first section of the book felt a little too much like a history lesson, although I can see why the author presented it this way. At times, it did feel as if there was an awful lot going on, with several different points of view (which confused me), and I think the book would benefit from another edit to tighten things up, but on the whole this is a well-researched and interesting story that’ll appeal to YA readers who like a bit of scary stuff.

Through the Nethergate is a brilliant production of the stories within the story, and an excellent example of god vs. evil dark fantasy. Filled with plenty of suspense and clever story twists.
See my full review, plus an interview with the author on my blog: https://writingtoberead.com/tag/through-the-nethergate/

Through the Nethergate was a brilliant YA paranormal with a hint of horror that young adults and adults alike would enjoy. Margaret has gone to live with her Grandfather following the sudden death of her parents. Her Grandfather runs and ancient Inn the town of Bungay situated in the beautiful English countryside, but there is nothing beautiful about the Inn for Margaret.

Margaret has the ability of second sight and soon after arriving at the Inn she starts to see the ghosts of those who are trapped between Heaven and Hell, and she discovers that she has the ability to bring them back to life! I loved how when Margaret encountered a ghost we then got their story on how they died, each story related to the Black Dog who persuaded them to ignore the White Light and remain on earth. Margaret learns of the Black Dog and his nefarious reasons for holding not letting the ghosts follow the light.

This was a book of good verses evil, and I found once I started reading I could not put it down. Who will win? Will Good prevail or will Hell reign on Earth? I highly recommend you check this book out to find out!

I couldn’t turn the pages fast enough of this horror book that can also be considered historical fiction. Margaret is a teenage orphan with special powers. She can reincarnate the dead who are trapped between the underworld and heaven. She first experiences this when she spends time with her grandfather at his inn. As she reawakens those who have died violent or unnatural deaths and were tricked into turning away from the white light by an evil man whose presence is seen as a black dog, she discovers each person’s story, and we, the readers, also learn about true historical figures from ancient to present times. When Margaret is captured and brought to the Underworld, we also see a different version of Hell than brimstone and fire. This one features office cubicles where demons track disasters and use the Dark Web to aid terrorists and modern evildoers. Lucifer gets into the act, and Margaret’s (and the world’s) only hope lies with the good incarnates and God. This read will really make you think, and the action is fast-paced. Don’t miss it.

THE FIGHT BETWEEN GOOD AND EVIL IS BROUGHT TO LIFE IN THIS SPELLBINDING NOVEL!

At the sudden death of her parents, teenager Margaret travels to Bungay to live with her aging grandfather in a mysterious old inn.

Before long, Margaret begins to see spirits of people who died horrible deaths and are somehow tied to the inn and the nearby castle of Hugh Bigod. The spirits, some kind and others malicious, tell the stories of the last moments of their lives and the part a large black dog with glowing eyes took in tying them to the netherworld.

They believe Margaret is the key to their escape, but dangerous forces are out to stop her at all costs, and soon Margaret is drawn into the fight of her life.

This book is filled with historical tidbits told through the spirits point of view that I found completely fascinating. The author seamlessly integrates religious beliefs and historical data with immersive storytelling.

I give Through the Nethergate 5 lovely kisses- a fascinating read!