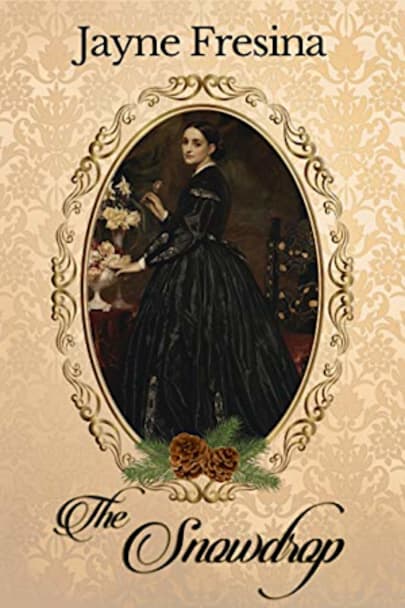 He was once a boy abandoned, left to make his own way in the world. She was a girl stifled by the demands of her family and constrained by the strict customs of Victorian society; a bird caged and without hope.Raised in two disparate worlds, with one fortune rising while the other tumbled, they might never have known each other.But when a disreputable old rogue dies unexpectedly and in … unexpectedly and in spectacular, explosive style, a chain of remarkable events is destined to draw these two strangers close— to the bemusement of one and the disgust of the other.

The last Will and Testament of Sir Mungo Lightfoot Mayferry McClumphy has gone astray, and a large number of claimants are fighting over a vast fortune.

She wants nothing to do with it, her grieving heart bereft of hope.

He is in the thick of it, a man of ruthless perseverance and— in her eyes— a dark, mercenary, unfeeling heart.

Drawn together one Christmas, these two “Mortal Enemies” will have to find a way to put aside the strife and be civil. Whether or not they can survive the season remains to be seen.

If they also find hope and love along the way, it will surely be a Christmas miracle.

An excellent Victorian Christmas novella, featuring a determined, down-on-her-luck heroine, and a gruff lawyer hero who is more patient than she could have ever imagined. Super sweet and romantic, with Jayne Fresina’s trademark humor and charm. Not to be missed!

The author creates complex characters for a complex tale, but ties everything up neatly by the end of the story, along with a few surprises. Well written, you can’t help but to root for the hero and heroine to get together.

I liked it–and then struggled a bit a few chapters later–but I’m so glad I stuck with the story, because it really unfolded into a wonderful, original historical romance with interesting characters, and a hero and heroine you root for. I’m looking forward to reading another book by the author!

Dash Deverell was abandoned by his mother immediately after she gave birth to him. You see, her husband is not Dash’s biological father, which was apparent from the baby’s looks. Soon, his father-in-name departed also, leaving Dash to be raised in a ramshackle fashion by his young widowed aunt, Emma. Dash never felt sorry for himself. He attended Cambridge, studied law, and became a successful attorney. His career path eventually led him to the case of the missing will of wealthy Sir Mungo Lightfoot Mayferry, who died thirty years ago, and whose family members have been fighting over his estate ever since then.

Daisy Mayferry is now thirty years old, and is just about to start a new position as companion to Lady Audley. Her whole family is gone, with the exception of a surly nephew, who has been left in her care. Her father spent his whole life trying to prove that he was the rightful heir of Sir Mungo, and spent a fortune in legal fees, all for naught. Though the lawsuit continues, Daisy wants no part in it, as she saw firsthand the effect it had on her father. Daisy has more than one reason to hate Dash Deverell, the first being that he is on the opposing legal team, and time and time again quashed her father’s claims. Second, during Daisy’s one season, she had a suitor, Frederick, who was one of Dash’s close friends. Frederick’s father found Daisy unsuitable, and bullied Dash into using his influence to convince Frederick to give her up. These actions caused Daisy to declare years ago that Dash and she would from this day forward be “Mortal Enemies.”

Imagine Daisy’s shock when she arrives at her new position, only to find Dash Deverell in residence! It seems that Lady Audley is the eccentric aunt who raised Dash, and now lives in the dower house on the estate. Though they immediately butt heads, Daisy begins her life as companion to Lady Audley in her very strange household. Slowly, and little by little, Daisy begins to see another side to her mortal enemy. Dash is truly a kind and honorable man, one who doesn’t choose to flaunt the good things he’s done.

I usually am not a fan of enemies-to-lovers as a trope, but The Snowdrop is so perfectly done, and is the epitome of the saying that things aren’t always what they seem. Without spoiling or revealing some of Dash’s actions over the years, I can only say that he is truly swoonworthy. His steadfastness and love are awe inspiring, and the man he became despite his sad birth is a testament to his character. I love this man, who appears aloof and self contained, but is a true romantic at heart. Daisy is stubborn, but strong. She has faced loss time and time again in her life, and somehow found the desire to persevere. Along with this beautiful and surprising romance, Aunt Emma is a pure delight, and there were some truly amusing moments. The Snowdrop earns a place on my keeper shelf, and I know it’s one that I’ll be reading again. The heart touching and unexpected love made this a joyful read, one I can wholeheartedly recommend to all lovers of romance. Jayne Fresina is an exceptional writer whose talents are truly underrated.