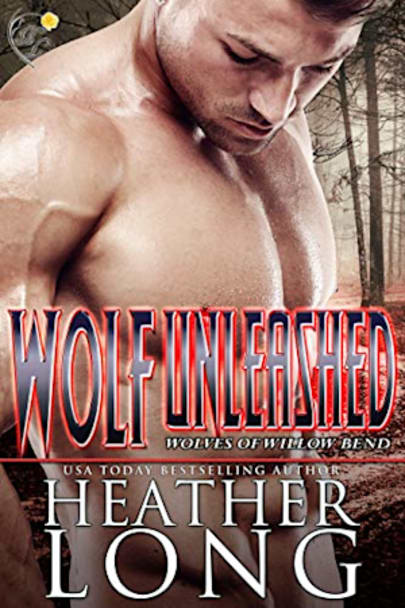 Change swept through the packs of North America, leaving in its wake seven packs where once only five stood. Old enemies still lurk, past hatreds fester, and the shadow of invaders linger. The challenge of diplomacy, evaluating the old laws, and instituting the new ones falls squarely on the shoulders of the pack Seconds. It’s a whole new world, and what took so long to construct…remains … vulnerable.

Luc Danes is Second, and best friend, to Brett Dalton the Alpha of Hudson River. He has his hands full training healer and alpha’s mate Colby in how to defend herself as well as hone her wolf senses. It’s not a bad life for a bachelor wolf, not really—except lately, all the eligible females have turned him down. No dates. No playing. Nothing. He’s untouchable. Turns out no one wants to lay a finger on what rumors have labeled the Alpha’s property as the third to the alpha’s pairing leaving Luc one shocked and frustrated wolf.

Just the position he wants to be in when paired with the stunning Charlie who doesn’t know him at all and is unlike any other wolf he’s known. So why can’t he even earn a second look?

Charlotte “Charlie” Miller works in the city, an urban wolf, she rarely sheds her skin for fur. As an executive handling day-to-day meetings for her alpha in New York and around the world, she knows how to handle even the most difficult of individuals. But changes in pack structures across the country require a different kind of handling, and Brett calls in his chief negotiator to back up his Second, and to give him a crash course in diplomacy.

Unfortunately, Charlie has dealt with wolves and humans just like Luc before and it doesn’t matter how sexy he is, she refuses to be impressed.

This was one author that got me to jump for joy to get into this world again. Now it is time to see how the changes will evolve and what transform from them. Here is also something I have been waiting for. Luc has his story with us getting to see where his path goes. Then in comes Charlie whom Luc introduces himself to and I was quite lost for sure into the story. It has also the elements expected in this world that pull us to the edge at times with the drama loved here that makes us catch our breath. Each one gets better with this world growing that you forget sometimes that it is fiction. It was hard to come out of it but with a howling good read I will wait for the next one.

I’ve loved Luc since we met him in River Wolf, he’s the perfect second to Brett.

He was the one who brought Colby to Hudson River and it turned out that she was Brett’s mate and a latent wolf until Trent ‘fixed’ her.

Now Luc has an unusual situation going on, he’s been one many dates but not one of the wolves would let it go further than a drink or a meal. When he finds out why he’s outraged and bursts into his Alpha’s home.

Just the thought of Luc being in a Triad with Brett had me laughing hysterically. That is sooo not happening.

Then to make matters worse, Brett assigns him to work with Charlotte aka Charlie on negotiations with the other packs.

Charlie is almost Luc’s exact opposite, she lives and works in the city. She’s the pack’s attorney and Chief Executive as well as running the day to day operations of Hudson River International.

There’s a lot more to Charlie than that and Luc discovers it almost right away. She’s a very special kind of wolf and those close to her are very protective. Although she can hold her own in more ways than one.

This is a page turning read as Luc falls, I loved Charlie’s brothers and the interactions with Adler an enforcer. I love Luc’s mom Babette and she definitely won my heart after a confrontation with Adele, Charlie’s mom.

I’m sure we will be seeing more these two as they work on contracts with the other packs. It appears Trask may be the next of the Seconds to fall in love.

I can’t wait to read the next book in this series, I hope it’s out soon!

Ah, Luc Danes, Second to Brett Dalton (Alpha of the Hudson pack). I picture Luc as a very hawt and sexy shifter that has a certain swagger goin’ on! His story has some comedic tones, especially regarding his non-existent love life…and Brett and the rest of the Pack leaders think Luc’s “problems” are hilarious. I sorta think they are correct.

In a very funny meet-cute, Luc introduces himself to Charlie Miller, the Pack’s senior attorney and chief executive for Brett. Charlie can hold her own! I love how both characters are “alpha” in their personalities and yet, they are soft and vulnerable too. They make love and respect work – they are perfect for one another.

Wolf Unleashed is not all fun and games as there is intrigue; Luc and Charlie are smack dab in front of it. Add to that, Luc helps Charlie come to terms with her past. Working together, they become stronger. But! There are some typical “boy” AND “girl” moments that really made the story for me. And thru it all, both Luc and Charlie are strong, determined, vulnerable characters. I thoroughly enjoyed.

Thanks to Heather Long for the complimentary review copy. I am choosing to leave a fair and honest review.

This is my first introduction to Ms. Long’s Wolves of Willow Bend, and I’m happy to have made this series’ acquaintance.

Told through shift POVs, Ms. Long guides us expertly through the story, leaving delightful breadcrumbs and bits for the reader about the rules of her shifters’ world.

Luc is a very sweet character with a heart made of solid gold. His way of dismantling Charlie’s walls and objections is just adorable. He literally is the kind of guy we all want.

Charlie is the kind of woman we all want to be. Powerful, strong but able to be soft and submissive. She is a Shadow, able to slide between submission and dominance as needed. This makes her especially tempting to Luc who needs more than just a quiet woman at home.

Their job is to negotiate contracts between other rising packs and established ones. Her expertise in business and the law will come in handy in the future story as will his strengths as a former Lone Wolf and as the Current second.

The loves scenes were equally sweet and toned down.

All in all, I’m very happy to meet the Wolves of Willow Bend

This was another great story in the Willow Bend Saga except that it takes place in the Hudson River pack. There was less outside turmoil in this story and more of a personal nature to this installment. It is a story of growth, hope and renewal for this pack and well worth the time to read. It involves two very different personalities Luc, (Brett’s second) and Charlie who also works under Brett but more in the business and negotiation area for the pack. On the surface these two individuals seem very different but as the story unfolds we see a number of things that make them just right for each other. There are family issues to work out and issues of logistics but in the end they come together and decide how to make it work. I love the characters portrayed in this series and how they interact. Part of it is the author’s sense of humor that works its way into the lives of the characters she creates in this series. It makes the characters come alive for me and gets me involved in the storyline right from the start. They have their flaws and issues but it all works with the storyline that this author writes and endears me to the characters even more. If you enjoy shifter storylines as much as me I know you will love this one two. I hope you check it out.

I love this pairing. I’ve been wondering when Luc would find his mate. Charlie is exactly what he needed. It just took a little bit of time!

This was my introduction to the series and I was able to read it with no problems, now I want to read about the other characters. Not everyone is the same or wants what others want them to. When 2 pack mates are paired up to take care of some business they find out that not everyone is what they seem. I love how Luc is open to what Charlie says and you see how she appreciates it . A definite must read!

I really enjoyed Luc and Charlie’s story. This is the first book I’ve read in the series and it wasn’t a problem. I was able to pick up in everything going on. Luc has finally met someone who challenges him and he is determined to win her. They are some really fun times along the way. Especially between the parents. Luc has his work cut out for him. Charlie is not your typical wolf and he has a lot to learn. I enjoyed the characters.

Back with the Wolves of Willow Bend!

Charlie is a bit of an enigma as wolves go, especially to her pack. She much prefers to be on her own, in a city as big as New York, not exactly pack mentality. But then Charlie is also one of her Alpha’s Lieutenants, she runs the business side not the pack. She is dan good at her job too.

With the evolution of new packs there are a ost of things to get done. New treaties, alliances o be ratified, concessions to be made. Charlie needs some help and Luc is assigned to giver her a hand. Luc was once a lone wolf and he sees echoes of himself in Charlie, but also glimpses of changing status. That can’t be surely, you’re either Alpha or not and Charlie displays both?!

OMG Charlie’s mum is piece of work. She may be a superb Hunter but she isn’t exactly affectionate. Her brothers… good lord I’d bash their heads together in about 2 minutes flat! I really enjoyed the kind of lopsided love triangle that developed. Although we knew that these too had to get a HEA eventually, I was really worried for a while that a certain Enforcer might step in and whick Charlie away!

Welcome back to the Wolves of Willow Bend. Change is never easy but the only constant is change. Luc is assigned to help facilitate new treaties and his partner in this endeavor is Charlotte “Charlie” Miller. Charlie is a “special wolf” who hides in the urban jungle of New York rather than deal with a pack of wolves and her mother. She is smart and driven and will drive Luc to distraction. I really enjoyed getting to know Charlie and Luc impressed me with his patience and understanding (not something alpha wolves are known for). This story will suck you in and won’t let go till way after the last page.