The Wrath of Eli (The Seven Sins Book 1) 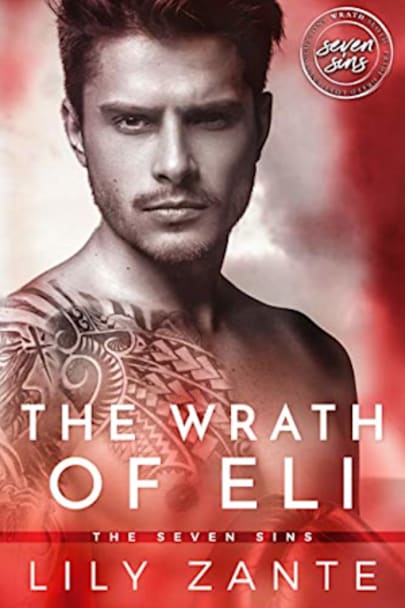 EliasNobody expects me to win. I’m the kid with nothing, from nowhere. I don’t have a nickname, or a ring entrance tune.But I have a killer instinct.I know how to survive, because growing up, I had to. So when I get a chance to fight Colin ‘The Tank’ Garrison, the undisputed heavyweight champion of the world, I pounce on it. Doesn’t matter that it was fluke.I’m in the fight, and I have a shot at … in the fight, and I have a shot at the title.
But then she appears, the journalist from the local paper. Looking out of place in the grime of the boxing gym, with her manicured nails and perfect hair.
I despise her on sight.
I don’t need someone like her snooping around the edges of my life, prying into the past I’m trying to erase.
But the journalist wants the story.
And I want the belt.
And against the odds, she finds a way to my heart.

Elias Cardoza wasn’t my type.
I prefer men in smart business suits, not men covered in sweat.
But I wasn’t prepared for his sculpted physique to stop me in my tracks.
I wasn’t prepared for his simmering anger and steely mood to pique my interest.
He hates me being here, and he doesn’t even try to hide it.
If looks could kill, I would have been dead the first moment he set eyes on me.
But he’s forced to let me in, and when I probe deeper, I find his scars hidden beneath the debris of his life.
There are things he tries to hide.
Nightmares that stalk him.
The past he’d rather forget.
My heart bleeds when I discover them.
Eli wants the belt.
And I want the story.
And along the way, we stumbled and found one another.

The Seven Sins is a 7-book series of steamy, angsty and emotional stories about a group of characters who are loosely connected.

THE WRATH OF ELI is BOOK ONE.
THE PROBLEM WITH LUST is BOOK TWO, and it releases on Sept 27th 2019.

Harper is a journalist at the Chicago Herald. Fresh out of school. Her wealthy father got her the position and there are some at the paper who resent her. Gerry a middle aged co worker seems to want to help her. He talks the boss into giving her his sports assignment. She is to spend a month with an up and coming boxer Eli. He has a fight coming up with the heavyweight champ of the world. He is an under dog. Other boxers had dropped out and given him the opportunity. No one expects him to win. Eli resents Harper being in the gym, asking questions, digging into his life. His not so happy childhood etc. It takes a long time but they finally start to see one another for the people they truly are. Not their stereotypes. What an amazing love story. So so glad I found this book and this author! I very much enjoyed this read!

The Wrath of Eli is the first book I have read by Lily Zante. I was not sure what to expect but the books description caught my attention and the concept of the series, The Seven Sins, seemed like it could be very interesting and open to a whole host of different story-lines.

I did enjoy this story for the most part. Well I thought the author produced a well written story with interesting characters I also thought the book was slow moving and could have been edited down by a hundred pages or so and not have lost a lot of its impact. I found myself skimming some of the book to try and move it along and get to the ending faster. I will try reading another book or two in this series before making up my mind about this author.

I received a free ARC of this book in exchange for my honest review. My opinions are all my own.

I received a free copy of this book via Booksprout and am voluntarily leaving a review. The Wrath of Eli is the first book in the Seven Sins series and this was just such a great way to start off a new series. I just didn’t want it to end. I just fell in love with these characters and getting to go along on their journey. I can’t wait to read more wonderful stories from this author.

This was the first book I’ve read by Lily Zante and it did not disappoint. It’s the story of Eli who is boxings for the heavy weight champion and Harper who’s trying to gain independence from her father. She is the reporter sent to interview him but he’s expecting a man. He tests her and than gives her a few answers. He begins to trust and they become closer. Harper becomes friends with both Eli and his sister. As the fight becomes closer they both begin to have jealousy about each other. It’s the first part of the story with more to come! Will Eli win the champion ship, will Harper and Eli really let each other how they feel about one another. I hope the other books come out fast I can’t wait to see what happens.