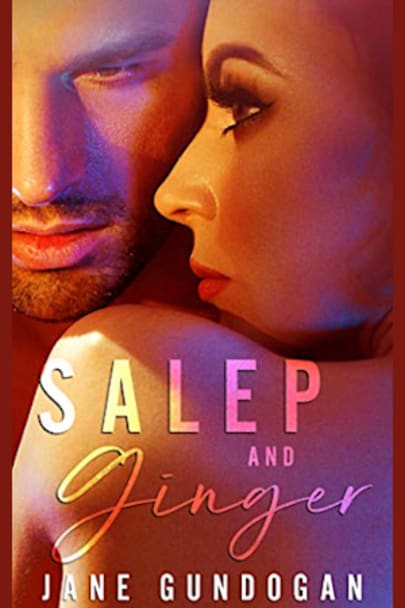 Ginger Knox thought she was living her best rom-com life. She had the job, the apartment in Notting Hill (adjacent), and an honest to God Hemsworth clone for a fiancé, but when she arrived home one surprisingly sunny February afternoon to catch her man with his tighty whitey’s around his ankles and his secretary insert eye roll here in their bed, the tenuous facade of her life dissolved in a … dissolved in a split second.

It was time for Ginger to become the leading lady in her own love life.

And that’s just what she planned to do until her life is, once again, thrown into disarray when her flight home for Christmas was grounded. Suddenly she’s stranded in Istanbul, Turkey, with the man of her dreams. Of course, it’s the same man she had the near one-night stand with – and who knew he was one of the most famous men in Turkey!

Between Sydney, London and Istanbul, Ginger was resigned to the fact that she may never get her Happily Ever After, but what about her Happily Right Now?

Salep and Ginger was witty, entertaining, and gave me all the feels you hope for when reaching for a romance. From the first page I was completely in love with Ginger. She is a character that you can’t help but root for in every aspect, and her misstep with love in the past leaves you itching for a happily ever after. Aydin is the man every woman dreams about. Not only is he gorgeous, but he is honestly an amazing guy. The chemistry between these two is sizzling! The author is hilarious, and much like Ginger, seems like the kind of woman I would love to grab a glass (or bottle) of wine with. This was also the first novel in which I’ve been introduced to Turkish culture, and oh my! I am in love! From the food, to the incredible characters, and even the inserts of Turkish language throughout. If this doesn’t haven you ready to grab a passport and head somewhere new, I don’t know what to tell you. I cannot wait to see what other gems this author has up her sleeve.

I loved this book.

Salep and Ginger follows the highs and lows of Ginger Knox’s love life.
On her way home to Australia for Christmas, still reeling from a particularly rough break up, Ginger finds herself stranded in Istanbul. There’s only one man she knows who can help. Aydin Kaya. Her one night stand that could have been. Aydin’s life is already pretty spicy, but luckily for our heroine, his favourite spice is Ginger, (and we’re not talking 90’s Brit pop)

Jane Gundogan’s hilariously honest self-narrated style of writing, giving the reader a peek into the inner workings of the female brain, in all it’s sexual glory, will have you falling in love with the characters and falling off your seat with laughter.
I read this book at a time of personal hardship and it was such a tonic.
If you love rom-coms, a la, Bridget Jones and steamy erotica a la Fifty Shades, then you’ll love this blend of the two. Although in my opinion, this is better than either.
Highly recommended

I’ve never been a fan of rom-coms. Not for any reason, they just didn’t appeal to me. But Salep and Ginger blew me off my feet. It is funny, sad and incredibly erotic in all the right places.
Ginger is the perfect rom-com heroine. Occasionally clumsy, loves to drink, hates cold weather and searching for Mr. Right. Her mates are excellent in their supporting roles and there is a scoundrel waiting in the wings, a love rival and possibly the MOHD.
Will she find him and live happily ever after? BUY Salep and Ginger and you will find out.
Oh, and this book desperately needs to be made into a Christmas movie.

Ginger’s love life is perfect— at least by her rom-com standards. Living in Notting Hill (adjacent) and engaged to Henry Hennesee (a bonafide Chris Hemsworth clone), she can’t see things being much better!

When Ginger finds Henry face down in his PA, the dominos leading to her HEA start to collapse. Then Aydin falls into her life— exotic and gorgeous and all sorts of breathtaking. If she can survive through the hurricane Aydin brings with him, she might come out the other end with her HEA. Or will she lose herself along the way?

I’ve been reading so many serious/heavy books lately that I forgot how much I love a good romantic comedy. This book was nothing short of amazing. It made me blush and laugh and swear and sweat. All the best emotions as far as I’m concerned. Gundogan has done a phenomenal job of crafting a female lead that is perfectly relatable (almost too relatable sometimes because… Um, who doesn’t have a Hugh Grant obsession?). I’ll be thinking about this book for a long time.

An original and highly entertaining romcom which will have you captivated and laughing out loud. Author Jane Gundogan is a gifted storyteller with a steamy and hilarious imagination. Highly recommend! Can’t wait to read more from her.

Ginger wants a happily ever after as portrayed in many fairytales. It’s her dream to have a prince charming in her life. Unlucky for Ginger, her princes have not been all that charming. She will have to work for it in this story about finding love in this romantic tale filled with drama and humor. Ginger’s antics gave this story some hilarious qualities, along with the other supporting characters’ humor. The author’s setting of Turkey included great detail which she uses to allude to their customs and cuisine making the story feel realistic as I journeyed along with Ginger in her quest for love.

The overall storyline was interesting from beginning to end, and the author did a magnificent job with dialogue and details. Well worth the read!

Easy and lighthearted read. Loved everything about it.

Jane Gundogan puts a hilarious spin on romance tropes in Salep and Ginger. A new job comes with a new batch of friends and an unexpected meet cute with Salep – a dream man who disappears quickly – only to reappear again. I was delighted with the interesting characters and the way Jane Gundogan delivered a very satisfying, very steamy happily ever after.

Salep and Ginger by Jane Gundogan is a great read. It’s really sweet, full of ‘kismet’, family and love. It’s definitely spicy in parts, sad in others. I found her characters interesting and funny, honest and different and the story line was detailed but flowed effortlessly. It’s an enjoyable read and I’ll certainly be keeping an eye on this emerging author. And now I want to go visit Turkey! Thanks for the recommendation MoMo!