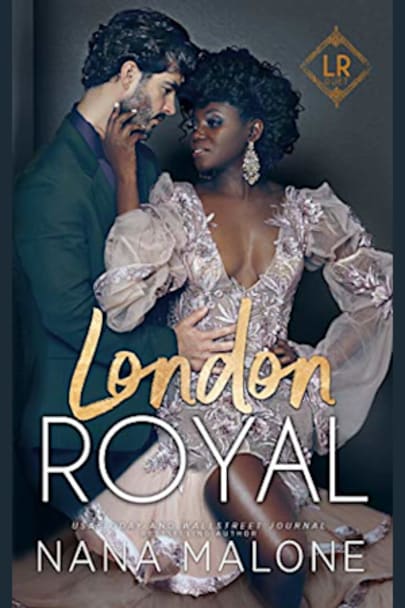 He’s a royal amongst peasants, and the last kind of trouble I need–a filthy rich alpha who can see straight into my soul. Our secrets hold us both captive.

This is Part 1 in the story of Alexi (Lex) & Abena (Abbie). It’s a great start to their story. Alexi holds a number of secrets which he has yet to reveal to Abbie. Abbie has told him her secrets of an abusive relationship. She is an emotional mess, and so is Alexi. They each have to endure things just to get to a halfway decent place in their relationship. There is a cliffhanger at the end. I can’t wait for the second part of this duet to come out so I can find out what happens. It is very well written and easy to follow. I love Nana Malone’s writing of all the Royals.

CLASSIC Nana Malone! This one had all the things I’ve come to expect from this author and she does NOT disappoint! Intrigue, suspense, chemistry for days between these two, it may be slow burn for some but these two steam up the Kindle for sure before the first touch. So many secrets and layers of deceptions and omissions to unravel. Abbie touched me on a deeper level, her personal journey very similar to my own path so it struck some cords in me. Lex has the potential to hold her heart or break it, and the truths he is keeping from her might well be their undoing. Her ex has the makings of a textbook villain and I will be waiting with baited breath for this conclusion! Not just for Lex and Abbie, but for the bigger picture as well.