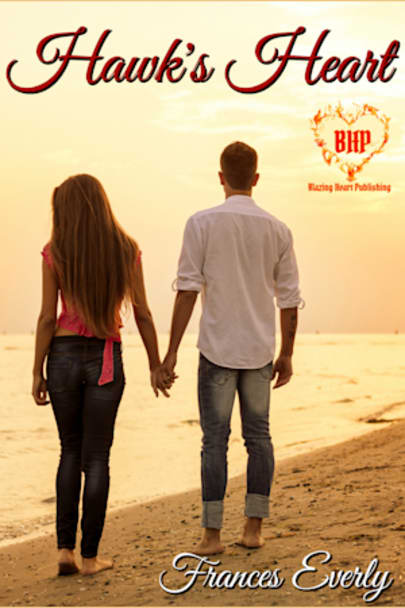 Reeling from her divorce, Sarah Mackenzie needs to get away from everything, and her best friend has the perfect solution. A tropical vacation!British actor Xander Hawkins has had enough with the spotlight and off-screen drama. When he ends things with his co-star, he vanishes from the spotlight for a little fun in the sun. When Sarah and Xander meet, sparks immediately begin to fly. In and out … In and out of bed. Until his jealous ex-girlfriend, bent on a public reunion, catches them in bed together. With cameras flashing, Sarah flees Xander’s suite and Mexico. Only to find that she can’t flee from the impact of her now very public affair.

Just when things can’t get anymore complicated, Sarah’s first love, Jack Jeffries, returns unexpectedly. Convinced that his calm demeanor and strength is exactly what her family needs, Sarah begins to fall for Jack all over again. But neither Sarah nor Xander can stop thinking about the other, especially when she discovers that she’s pregnant. When he surprises her at her best friend’s wedding, things become very complicated. Should she stay with Jack? Or should she try to win Hawk’s Heart?

This is book one in The Love Born of Fire and it is Sarah’s story and it is a brilliant start to a new series and definitely a must read. I absolutely loved this book so much with all it’s twists and turns along with betrayal, various love interests, complications, drama, hope, love and difficult situations and choices to be made. There were interesting characters that just added to the book making it a real page turner that I couldn’t put down as it was so addictive. This is the first book that I have read by Frances Everly but definitely not the last as it was so well written, engaging and definitely worth reading.

A perfect fit for soap opera lovers, Hawk’s Heart is full of enough twists and turns to give a reader whiplash — but in a good way.

Hawk’s Heart is about a woman named Sarah and her struggle to sort out all the men in her life.

First to be introduced is JJ, her childhood crush. Then comes Alex, a Hollywood A-lister and playboy. And later on we meet her ex husband, Bruce, who is an outright asshole, btw.

Come on, Bruce. Ease up.

Then you have her father and son as well, who come with their own sets of complications. All in all, poor Sarah has a lot on her plate, and that’s just to start with. So if you’re a fan of romance, love triangles, paparazzi, and emotional roller coasters, then this is the book for you.

First, the pros. Hawk’s heart was a lighting fast read. Author Frances Everly has a smooth, easy-going voice. It could use a little more polish, but that’s just me being picky. The story was well filled out and satisfying, and the characters were all just perfect. I honestly had a hard time predicting who Sarah would pick, because she had excellent chemistry with both Alex and JJ. It’s hard to create chemistry with a second love interest. It’s too easy for a character to have carbon copy relationships with two men, which is why many love triangles are based on “which one do I like more?”

The heat level was perfect for this book as well. It was plenty steamy enough to be satisfying without overshadowing the story.

But if you know me, I can always find something to pick at. Fortunately none of my cons were deal breakers by any means.

Though Hawk’s Heart is billed as a Hollywood romance, there isn’t much Hollywood about it. The paps make only a couple of appearances, and Alex’s movie star status doesn’t come up much. So even though the book was great, it turned out to be different from what I expected.

I really loved Marissa Tate’s character (loved to hate, I should say). But she kind of disappeared about halfway through. I was a little disappointed about that.

And my final complaint, probably the only reason I didn’t give this book five stars, is that Sarah was a very passive main character. She had very little agency, and most of the story revolved around her dealing with things that happen TO her. I have enjoyed it more if she made a few things happen herself.

Even the resolution with Bruce came about because he apologized of his own volition. The only part she took in the entire thing was to accept his apology. It was very out of character for him, at least from what I knew of him. He was a full tilt asshole for every appearance he made, until suddenly he showed up to apologize. This wasn’t so much a soap-opera-style dramatic twist. It was more a quick and dirty tied-up loose end.

I also found several typos, which was disappointing. But I’m coming to expect that in self publishing.

But all in all, Hawk’s Heart is a good time. Grab a copy and settle in,

Alex (Zander) and Sarah meet on a beach and things heat up. An ex-girlfriend shows up and suddenly Sarah is front page news. Sarah goes home and finds out she is pregnant, not telling anyone. That is when all heck breaks loose and twists come at her from every angle. Alex, Jack, Bruce (ex), Deacon (son), and Travis (dad) are so intense with emotion and hidden secrets, like who knew what when? The characters are vivid with their backstories and feelings toward one another. The locales are nicely done, especially the farm and orchard. A very strong lady for sure, to deal with all this in her life. Can not wait to read another book by this author.

The first book in the Love Born Of Fire series a well written story that held my interest until the end. This is Sarah Mackenzie and British actor Xander Hawkins’ story which I enjoyed reading. I received a free copy of this book via Booksprout and am voluntarily leaving a review.

Sarah was married and thought everything was fine until she caught her husband in a compromising position!

Sarah’s friend wins tickets to Mexico and takes Sarah along with her where she meets Xander a movie star – Xander sends Sarah’s world into absolute chaos.

When Sarah’s world is falling apart who will she turn to, to help her heal?

Her ex husband, childhood sweetheart or the actor?

The twists and turns in this book will keep you flipping the pages to find out what happens next.

Frances Everly, you have written a captivating book, I can’t wait to read more from you!

Sarah’s life has been sent into a tailspin after catching her husband in a compromising situation which ended their divorce. Her friend who wins tickets to Mexico takes her along to get away from it all but meeting Xander a highly acclaimed movie star sends her world into further chaos. Trying to sift her way through everything going on has looking at home truths and when revelations are made, Sarah will once again find herself in for a world of hurt. Who will she turn towards to help her heal, her ex husband, her childhood sweetheart or the movie star?