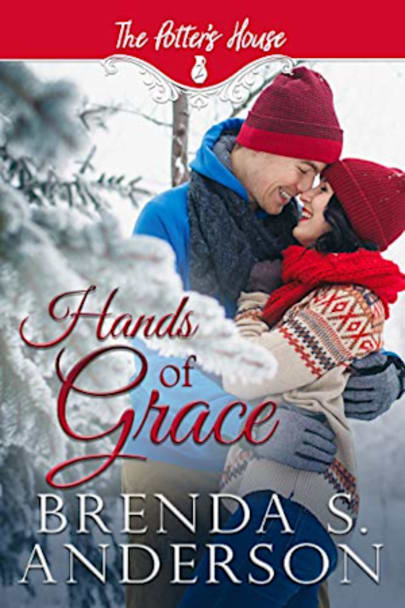 She’s always looked for love in the wrong places. He wants nothing to do with love.Rita Dunlap has a history of looking for love in the wrong places, but this time, she’s got it right. Her heart surgeon boyfriend has hinted at proposing, along with letting her sickly mother live with them once they’re married.But then she learns her boyfriend isn’t a doctor at all, but a drug trafficker who’s … trafficker who’s involved her in his scheme. Not only did she get love wrong, but she’s unwittingly placed both her and her mother’s lives in danger.

Love is the last thing on Officer Daniel Winter’s mind. Twice-burned, he’s locked up his heart for good. But when he goes undercover as a handyman to protect the cute and quirky Rita Dunlap, he discovers he’s not only guarding her and her mother, but his heart as well.

Rita wants to trust Daniel, wants to believe his work around her house doesn’t come with a price, but she’ll need to let go of her past mistakes to open her heart to the future.

A moving story of Rita, who finds herself in a bad situation and Daniel who comes to help her. It was easy to read. I was given an advance copy and all my opinions are my own.

I was just starting Hands of Grace when I got the call from my mom — who has also been my dads caregiver for the past six years— that he was heading to the hospital yet again for another complication. Although my dad did not have dementia, watching my mom sacrifice her own life to care for him was amplified by the character of Rita in this book. Brenda continues to deliver stories in which she has her finger on the pulse of reality —as painful as it can be— and weaves a story that is hard to put down. The strength portrayed by Rita reminds all of us that we do have within us the choice to give grace to those who need it the most and even to those who are hardest to give it to. A well written work with a message for all who take the time to read it.

Kelly Jo <>< “God has a destiny for all of us, a plan that He has known since before we took a breath, but He never forces us to do anything. We take our own steps, whether they are toward His will or away from it.” -Everyday Holy

I have enjoyed many of Brenda’s books but wasn’t sure if I’d like this because I’m not a keen romance reader.
I need not have worried. Yes, this book has romance but it also has a lot more – gentle mystery/suspense, a good story with plenty of life issues to consider.
My favourite part of the story was the side story of a carer learning how to love a mother who doesn’t remember her and didn’t like her when she still had her memory. It is obvious from all the incidents in this story that the author has plenty of experience with dementia (the acknowledgements make this clear).
As usual the story is well-written and pulls you along with it. I read it in an afternoon.
PS I don’t give a Christian story 5 stars unless I judge it to be a book of eternal significance. Others would happily give this 5 stars.
I was given an advanced copy of this story (because I like B’s writing). All opinions are my own.