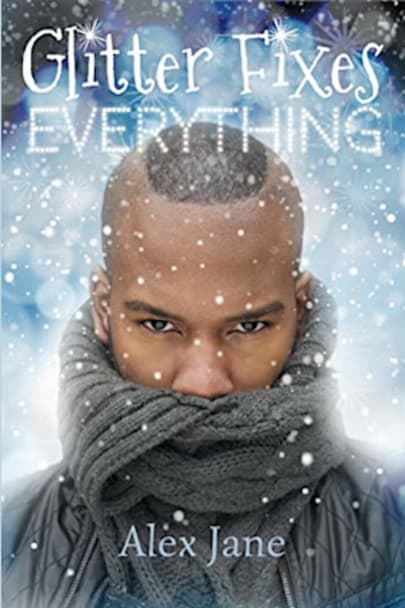 What could be better than a Christmas miracle?Coming home from college to surprise his family for the holidays is one of Justin Meadows’ better ideas. Or so he thinks, until he steps through the door and gets a shock. Roman James is not someone he expected to see, but he’s still as beautiful and sweet and smoking hot as he was four years ago. It’s just a shame he’s the ex-boyfriend who ruined … ruined other men for Justin.

With Roman estranged from his family, and with nowhere else for him to go as Christmas draws closer, Justin has to pull on his big boy pants and endure the heartache of being around the guy he still dreams about. Worse still, as they spend more time together, it becomes clear the simmering attraction they used to share hasn’t gone away.

But as they finally talk—and Justin listens—little things start to add up, and soon they’re both questioning why they broke up in the first place. When the final piece of the puzzle illuminates what really happened between them years before, could the truth be enough to light the way to a glittering future?

What could be better than a Christmas miracle?
How about a second chance at love.

32k words
Can be read as a standalone

I loved Justin and Roman, they were such complex engaging characters and I really enjoyed seeing such wonderful people get a second chance at love. I wish it had been longer because I was’t ready to say goodbye to these great characters.

*I voluntarily reviewed an ARC of this book*

Justin is Chases’s nephew (from Tinsel Fixes Everything) and I wrote this time last year that Justin needed his own story. This is it! It has all the feels that I want at this time of year. A second chance romance, this brings Justin and Roman back together after more than 4 years apart. Everytime they were together, I felt the rightness of them as a couple and had actual shivers of delight as things heated up. I did wonder at how easily Justin was manipulated into breaking up with Roman in the first place, but then realised he was only 18 at the time. Who hasn’t been easily influenced at that age?

I will now be going back to reread Tinsel Fixes Everything and wondering if Tyler’s story will be next year’s seasonal offering. I hope so.

Sweet second chance holiday romance with a twist of heat

This novella was a good read even though the two protagonists do not really get to spend much time with each other until late in the story. I preferred author Alex Jane’s earlier Tinsel Fixes Everything, which features many of the same characters, but this MM romance is also well-written. Expect sweet longing and misunderstandings that need to finally be put right, with a self-absorbed, bratty villain and lots of supportive family for college student Justin and Roman, the young ball player he never forgot. The ending’s happy and hopeful, as a Christmas romance should be!

I read a complimentary advance copy of the story; this is my voluntary and honest review.

It is a super cute second chance love story with adorable characters and loving family.
It is a fast and easy read with one important plot twist that changed everything for Justin.

The story is pretty simple with a very sweet happy ending . It is a type of a book that makes You smile all the time. Justin seems to be a nice, young, hardworking guy. He is well aware of his life goal and doing his best to finish uni. We meet him during holiday season when he “accidentally” meets his ex-boyfriend. I’m sure that if the story was longer we would get to know more about their relationship, but what we got here was only an explanation of their breakup and a description of their life as singles.
This is also a story about (view spoiler) friendship and what can happen when we trust (view spoiler) people completely. I really liked this part. My favorite thing in this story through, was Justin’s family, the way they all were loving, understanding and willing to help everyone. That was the awesome.

The story is fast paced and entertaining. I liked Justin and Roman, but their story was not as good as Tinsel Fixes Everything. It’s a perfect read for Holiday season, something to relax and just enjoy Your evening.