Fallen Through The Cracks 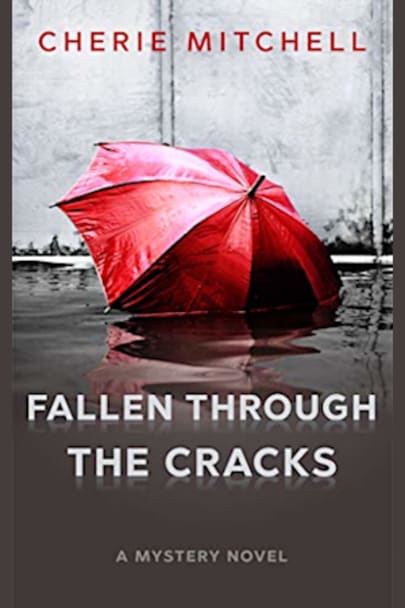 A new adventure, a missing husband, and no idea where she should turn next.Anna and Richard, a middle-aged couple who have faced unexpected trauma and upheaval in their lives, make the decision to move to Australia to start afresh. They leave their friends and two adult sons behind, determined to view the move as a mid-life adventure.However, it isn’t long before the cracks begin to show and then … cracks begin to show and then gradually deepen. As Anna fights to come to terms with how much her life has changed, and not necessarily for the better, Richard stoically throws himself into their new life. She convinces herself that he is happy and settled but something is not quite right.

Unfortunately, the thin veneer of happiness soon breaks apart and Anna is forced to face the awful fact that her husband has lied to her. He is now missing, with his last known whereabouts London.

From New Zealand to Australia to London, this book takes the reader on an enthralling rollercoaster ride as Anna searches for her husband and comes face to face with what she should have known from the beginning.

Fallen Through The Cracks – a mystery novel.

Fallen Through the Cracks, intriguing title kept pages turning to the bittersweet end of a couples poignant life together.
Anna was fueled by a needy dependent love, overbearing compared to Richards aloofness. I drew the wrong conclusion, read to the end with renewed interest as author Cherie Mitchell revealed meaning to Fallen Through the Cracks for Richard, leaving Anna with bittersweet feelings. A suspenseful mystery, I couldn’t put down.

I love this mystery with a strange storyline that kept me guessing throughout the story. Anna is an amazingly strong woman. This author writes amazing stories and this one is an awesome story!

Anna and Richard move from New Zealand to Australia, and they’re mostly happy with the change. When Richard’s job takes him to London for two weeks, Anna’s nervous to be without him, but knows it’s best for his career. But now he’s missing. Why did he disappear? Will she find him? This is a really nice story. I don’t read many mysteries, but I really enjoyed this. The ending was a bit abrupt, but otherwise the book kept my interest from the beginning.

Fallen Through The Cracks is an interesting read that will make you think about the aftereffects of trauma on a person and on their relationships.

The characters are well developed. The storyline is well written and engaged my interest from start to finish, with trauma, a life change, a missing husband, drama, intrigue, and suspense.

This is like a droning narrative & very repetitive in words. I understand the earthquake thing but seriously it was too OTT for me.
I only finished it to see why Anna’s husband went off the rails. In that sense I can see why however I would’ve tackled the story a bit differently. While it had some intrigue & suspense the characters were very boring. It needs to be more relatable in some way for people to take interest.

While this author stated the following, the ‘overthinking, however I understand but it didn’t resonate with me:

In this book, I’ve tried to illustrate the high levels of anxiety, trauma, and overthinking that those who have survived natural disasters are left to deal with. It’s a unique situation to try to describe but I hope this story offers some insight 🙂

I received a free copy of this book via Booksprout and am voluntarily leaving a review. 2.5*

This is a wonderfully written romance/mystery that captured and held me right to the end. The author brings strong , well developed characters and weaves a story that kept me thinking throughout. She brings intrigue , suspense , drama and shows the effects constant fear and anxiety can have on people in different ways. She adds tons of emotion and brings the story to life with her descriptive scenes and dialogue. The story moves at a steady pace and had me hooked from start to finish. I loved and would recommend this book.

I voluntarily reviewed an ARC of this book. All opinions in this review are my own and freely given.