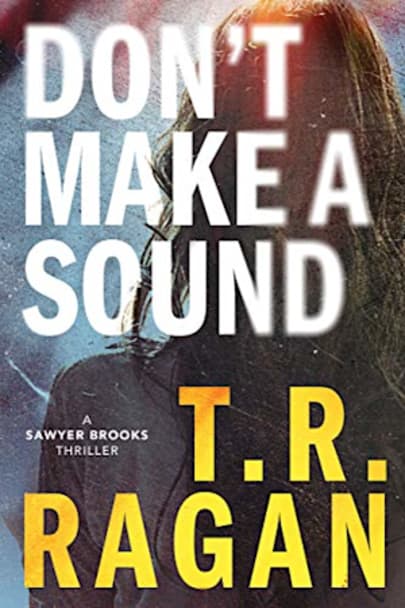 An Amazon Charts bestseller.
Her own past could be a reporter’s biggest story in this twisting thriller about murder and family secrets by the New York Times bestselling author T.R. Ragan.
Plagued by traumatic childhood memories, crime reporter Sawyer Brooks still struggles to gain control of her rage, her paranoia, and her life. Now, after finally getting promoted at work, she is forced to … promoted at work, she is forced to return home and face her past.

River Rock is where she’d been abandoned by her two older sisters to suffer alone, and in silence, the unspeakable abuses of her family. It’s also where Sawyer’s best friend disappeared and two teenage girls were murdered. Three cold cases dead and buried with the rest of the town’s secrets.

When another girl is slain in a familiar grisly fashion, Sawyer is determined to put an end to the crimes. Pulled back into the horrors of her family history, Sawyer must reconcile with her estranged sisters, who both have shattering memories of their own. As Sawyer’s investigation leads to River Rock’s darkest corners, what will prove more dangerous—what she knows of the past or what she has yet to discover?

Who can you trust, if not your family?

Journalist, Sawyer Brooks is trying to make a name for herself. Her childhood abuse at the hands of a family member has left her shielding her emotions. As Sawyer returns home for her grandmother’s funeral, she decides to look into the murder of a teenager, which brings to mind similar murders/disappearances when she was a child. The truth will leave you speechless. Meanwhile, one of Sawyer’s older sisters is with a group of women meeting out vigilante justice to rapists. Highly recommend this book.

TL;DR: If someone were to ask me what this book was actually about, plot-wise, it would be difficult to answer. And not for good reasons. Dead girls, violence against women, more violence against women, some vigilante-ism (which I was there for), and some thinly veiled mysteries. It had promise, but missed the mark by trying to take on too much.

This was my first T.R. Ragan read — the story was somewhat compelling, but I wouldn’t recommend it to most readers. Here’s a breakdown of why:

The bad: Sigh. The story was pretty flimsy. As a reader of crime fiction and mysteries, it was pretty easy to figure out the big and small tensions. I hate a left-field solve (you know, the one where some long-lost person was involved and impossible for the reader to know about). This could have used a little more left field, however.

The parallel plots/pov were too loose and sometimes randomly dropped in. For instance, at one point we suddenly have a POV from a killer, but it was pretty obvious who it was and it just seemed like an, oh, I better add something about this here in the middle of the book.

And the focus was all over the place. Like instead of having an A Plot that was the primary focus, with subplots interspersed, the A Plot was just lost even though it was the driver of the action — with only the last few pages actually coming back around to solve A Plot (and several subplots, etc.)

For example (I’ll try to be specific but without spoilers). We know Sawyer’s point in going back to her home town was the focus (yet covering a murder in her new town was somehow connected to it? And then her sister was investigating it for a minute?); it then devolved into a focus on her past trauma and unraveling what happened to her and then her sisters (which could have been a major character builder but somehow was just flat).

But then also touching on (another) new murder, several old unsolved murders, an old disappearance which was never really fleshed out until it was used as a plot device, and then a vigilante group thrown in for special sauce, and maybe not one but two serial killers and so on. Oh and a friend who is transgendered who apparently only existed to be a transgendered character (like 70% of the character’s dialogue was explaining her transition – “I know, TMI but…” ). The dialogue throughout the entire thing was wooden, to put it nicely.

Also, what does the title have to do with the book at all?

It was all too much. It wasn’t difficult to keep track of, I just found myself not really wanting to. I would probably read another T.R. Ragan to see if this is typical of the author or just a symptom of something else.

I didn’t think it was possible to squeeze so much darkness into one book, but that’s exactly what T.R. Ragan did with Don’t Make a Sound. This book is gritty, disturbing, and chilling and I loved it so much.

Don’t Make a Sound is book one of the Sawyer Brooks series and it sure starts out with a bang. There are a few different mysteries and I was really intrigued by all of them. There are also other viewpoints that the synopsis doesn’t mention, and I have to say they were a pleasant surprise. There is a vigilante feel to parts of the book that I adored, and the pace was steady because of the different viewpoints, although most of the beginning is just Sawyer. There are some badass women in this novel and that was one of my absolute favorite things about it.

I really love Sawyer as a character, and I am so glad there is going to be more of her. I also liked that Don’t Make a Sound didn’t end on a cliffhanger. I honestly don’t know what I would have done if it had, but it also left me wanting more which is great. I loved Ragan’s writing style and I thought it was reminiscent of Karin Slaughter who is the queen of the gritty thriller in my eyes.

Lastly, I feel the need to repeat the fact that Don’t Make a Sound is gritty with a capital G. It won’t be for the faint of heart and if you can’t read about sex crimes you need to stay far, far away. But if you love dark and disturbing thrillers that are full of surprises then I’m just going to say you need to read this book NOW. I’m so excited that Ragan has a backlist that I can check out and you can guarantee I will be doing that ASAP!

Thank you to McCartin/Daniels PR and the publisher for providing me with an advance review copy of this book! All opinions and thoughts are my own.