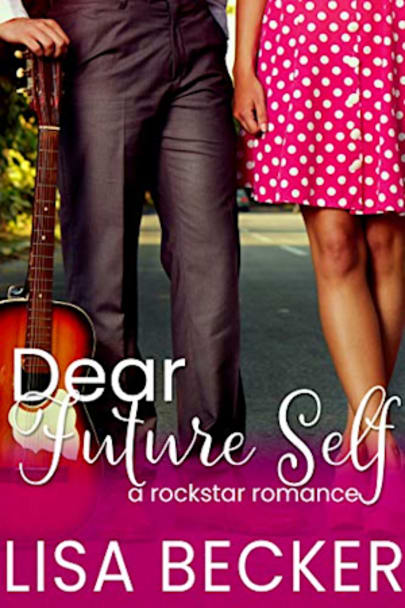 Sparks fly when a sexy rock star is reunited with his small town, childhood best friend. With someone trying to tear them apart, can new love survive?
People think they know Jase Connors: former front man for Kings Quarters, successful solo artist, consummate playboy. They’re unaware of his humble roots, unmatched generosity and affection for his family. But Jase is tired from road life. Tired … road life. Tired of road life. Just plain tired. He’s seeking solace and someone who likes him for who he is and not what he became.

Cami Ossining harbored a massive crush on her childhood best friend Jason who ghosted her to pursue rock star fame. Spunky, albeit lonely, Cami remains in her small hometown selflessly caring for everyone around her.

When his beloved high school teacher passes away, Jase returns to his Midwestern childhood home to honor the teacher’s final wishes. And as Cami is forced to work with Jase planning the memorial, old regrets start to fade, replaced by new feelings and emerging desires.

What happens when someone trying to come between them tests their rekindled friendship and new-found love for one another?

If you love steamy rock stars, small town romances, second chances, forced proximity, and combustible chemistry rolled into a fast-paced story, scroll up now to buy or read for free with Kindle Unlimited.

*Dear Future Self is the second in the Starfish: A Rock Star Romance series but can be read as a stand alone.

Dear Future Self is a novella spin-off of Starfish, a Rock Star Romance. I love these stories with intertwined characters. Jason and Cami’s second chance to love is fun, sweet and sexy. They are both great characters, and they are great together. Mr. Hancock’s Dear Future Self idea is genius! I wish I had done that younger! The Girl Scout is hilarious!! I loved it!

Short, sweet and sexy! I loved Starfish which you don’t need to read for this novella, but I won’t miss it. “Dear Future Self” gives us more of Jase. Jase was the frontman for Kings Quarters but is now a solo artist after his bandmates have all found their HEA and have gone their separate ways. Jase gets called home for his favorite teacher’s funeral. His teacher had a wish in his will for Jase and Cami – his best friend growing up to complete together. Cami isn’t too happy to see him after the way he left years ago. I loved everything about this – the written assignment back in 10th grade, a second chance, some suspense, and finding it all – music and so much more!

I read and reviewed Starfish when it came out. I loved it and loved the sauciness of the characters. Dear Future Self is a wonderful novella focusing on one of the characters we met in Starfish.

Jase is an singer, one who is doing really well out there in the public world. But when he hears some bad news from his private world, he takes a step back from the public to focus on what he feels is more important.

Once again, Lisa has written an amazingly fun story with characters I would love to know. I love this series and really hope there are more stories to come. I enjoy my immersion into their world.

Dear Future Self is a novella spin-off to Starfish by Lisa Becker. You do not have to read it beforehand since this is about a different couple and a few years later. I do recommend reading it since it was an adorable, flirty, and fun story. This one is shorter but I absolutely loved it. I liked Jase in Starfish but fell for him in this one.

Jase was now a solo artist and killing it in the music scene. He has enjoyed the lifestyle over the years but he is tired. So tired. So when he got a call that he needed to be home, he was out on the next flight. It wasn’t under the best of circumstances. His favorite high school teacher had passed away and he was requested to be home for the reading of the Will. He had no idea that it would change his life.

Cami hasn’t seen him in a decade. Not since he graduated and went out to Hollywood and became famous. They were best friends since they started singing in the church choir at the age of four. She missed him but she also hated him for just walking away from their friendship. And now, they have to work together to give Mr. Hancock a memorial service that he deserved. Can she really be this close to him without kissing or killing him?

There is of course more to the story but I can’t go there. I will say that I loved every minute of it. It’s a second chance romance with a twist. The characters are lovable, witty, and beautiful.

“Wow,” I scoff, deciding not to let her insult go unanswered. “That’s a pretty big assumption for someone who doesn’t even know me anymore.”
“And who’s fault is that?”

“I know what I’m doing,” she smirks.
“I have no doubt about that,” I respond with a snort.

“They may have borrowed my body, but you’ve always owned my heart.”
“Is that a cheesy line from a new song?” She playfully scowls at me and furrows her brow.
“No. It’s you. It’s how I feel about you. You’ve always liked me for who I was, not what I became.”

This is a spin off from Starfish, it can be read as standalone, but I recommend reading Starfish, I loved it so much. This is a second chance romance, Jace story is one you want to read and Cami is amazing, just perfect for him. It’s a novella, so it’s short but packed with all you want and need to fall in love with the story and the characters, amazing 5 star novella!

Dear Future Self by Lisa Becker is a rock star romance novella that will be released on February 4, 2020.

This book is a novella spin-off of Starfish: A Rock Star Romance that can be read as a stand-alone.

I absolutely love Lisa’s books! I was so excited to know more of the Kings Quarters bandmates love stories. You can’t help but fall in love with Jason and Cami.

I would highly recommend this novella to anyone who loves Rock Star Romances, Second Chance Romances, or Contemporary Romance.