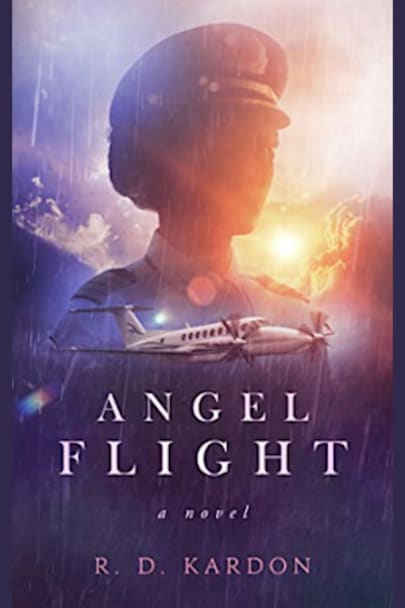 Two determined women. The men they love. One desperate plan.Pilot Tris Miles is finally getting the recognition she deserves. She is a trusted captain and confidante to her boss at Westin Charter Company, and mentor to her young, ambitious co-pilot Bruce. Tris is offered a coveted promotion and the opportunity of a lifetime—to fly a prestigious “angel flight,” transporting a critically ill woman … transporting a critically ill woman from a remote town in northern Canada to the US for medical treatment.

But Tris needs more than professional success. Still alone almost three years after her lover Bron’s death, Tris meets Mike, a local pilot with a secret past he refuses to discuss. Their budding relationship stumbles when Mike gets hired by Westin Charter to compete for the promotion Tris was promised.

As Tris & Mike’s professional battle intensifies, their personal relationship deepens. Life is getting a whole lot more complicated for Tris, and it’s about to get worse as the angel flight embarks. No one could imagine what awaits them in Canada, and how each will have to fight for their lives on this mission of mercy.

I loved this book! What a great follow up to Flygirl. From the first page to the last, I was completely caught up in the story. Tris is so human- strong yet fragile- that I found myself talking to her, advising her, worrying about her and cheering her on. Plus, the author clearly knows the terrain and therefore, lends authenticity to the flight industry in all its flawed glory. Unlike other novels, Angel Flight defies being categorized. It is one part adventure, one part romance and two parts nail biter. Shake it all up, pour and sit yourself down to a satisfying read that will stay with you and leave you clamoring for more. Thank goodness there is a part three to look forward to. Fly Girl Fly!!