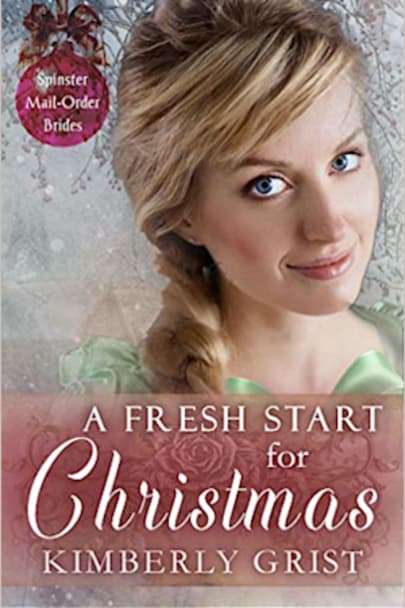 Memphis Rose Griffin loves teaching at Counting Stars Children’s Home. The girls and staff are like family, and working here ties her to her mother, whose last wish was for Memphis to take her place as teacher. But something’s missing. Now at the age of twenty-eight, her teenage dream of having her own family has all but faded.Until her pastor and the orphanage founder come with a proposal that … proposal that will change her life forever. Should she become their first candidate for their new matchmaking venture? Though grim, at least her life at the orphanage is familiar and certain. Can she risk an unknown future with a man she’s never met?

The last thing thirty-three-year-old Mike Montgomery wants is to marry again, especially to someone he’s never met. His family has other plans for him and completes the application without his permission–even changing some of his preferences to make him seem more intriguing. Can two star-crossed candidates dare to dream again?

Kimberly Grist has written a heart warming story featuring Memphis and Mike. Memphis is an teacher, who grew up in the orphanage she is teaching in. At her age now, the minister and his wife think it’s time to find her a husband. What better way than then match.com of the old west? Mike is a widower and not looking to ever marry again. With his interfering family, he sends out the questionnaire and Memphis is his match. But will she be really? Can a survey be that correct? It’s fun and exciting as we get to go on the letter writing journey of these two, and find their happily ever after.

J Scott Bennett narrates this gem with the voices I have come to love. He finds the personality of each character and matches the perfect voice to it, bringing the story to life. I enjoyed this Christmas story!

I really enjoyed this short little book! It made me laugh as well as being a well-developed story about two people falling in love and getting married! I recommend this book to anyone who loves romance!

I read Daisy’s story, “A Bride for David (The Proxy Brides Book 37)”, first, so i was confused on why Daisy doesn’t appear after Memphis meets her groom. But otherwise I loved the story tremendously! I giggled several times from the antics of the couple and their “niece”!
Wonderful narration!

I thoroughly enjoyed this story. So many great characters (Annie is especially adorable and precocious) and a lovely Christmas story.
There’s some excellent marriage advice that the world needs to remember. On that note, it would’ve been nice to hear what Mike thought about his Christmas scarf.
The narrator did a nice job and the story flowed smoothly.

Kimberly Grist has penned a heart warming story that will jump start your Christmas spirit. This is the story of Memphis Rose and Mike Montgomery. In this story you will meet some old friends from the author’s earlier books, The Montgomeries as well as as new ones. Memphis Rose has lived in an orphanage her entire life and believes that she is to old to marry and have a family but her pastor and the orphanage founder have a different idea and come up with a plan. You will have to read the story to find out what happens…I really enjoyed this story and highly recommend it.

This book is so good. It is well written and holds your attention. If you are looking for a good clean book that will keep you turning the pages to see what happens next, grab this book. This book was an absolute joy to read! I received a complimentary copy and was not required to write a review. All opinions expressed are my own.

Memphis has lived her whole life in an orphanage but some people around her think it’s time to build her own life. She starts to write ……. and they made an instant connection but he’s not totally honest with her. This results in some fun events, but will this keep standing between them?
Really entertaining story and a great catch up with former characters of this author’s books. You can still read it as a stand-alone book. Love that there’re (again) quotes at the start of every chapter.